Movie: The Pursuit of Happyness (2006). This biographical drama introduces us to Chris Gardner and his bout of homelessness. As Gardner struggles to make ends meet, he loses 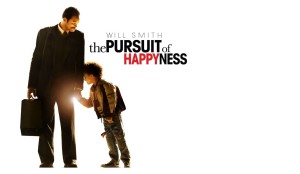 his wife, loses his house, and loses any financial security he might have had. Forced to live out in the streets with his son, he becomes desperate to find a job, any job. While he is able to secure a job as a stockbroker, he is required to complete six months of training before he gets paid, further impacting his financial well-being.  While the movie took some liberties with Chris Gardner’s story, the overriding idea is clear. Perseverance and determination have as much to do with success as any other factors such as intelligence or luck.

Available for streaming at Vudu, Amazon, and iTunes

Movie: The Game (1997). Directed by David Fincher, this thriller stars Michael Douglas as Nicholas Van Orton, a Scrooge-like San Francisco investment banker focused only on his money and advancing his business. On his 48th birthday – coincidentally the same the age at which his father committed suicide – his younger brother (Sean Penn) arrives to present him with an odd present, a gift certificate to play a game courtesy of CRS (Consumer Recreation Services). In playing The Game, Nicholas is never quite sure of what is real and what is simply part of The Game. This movie is a good reminder that life is about more than just earning the next dollar or fretting over share prices. 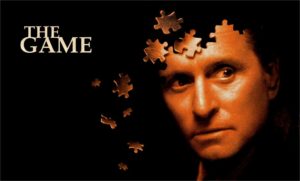 Available for streaming at Vudu, Amazon, HBO Go, and iTunes