Michael Belk is a military veteran, a retired correctional officer, a blogger and a patriot. His military service took him overseas where he saw poverty first hand. He has a B.A. in Environmental Health and Safety. He strongly believes everyone should educate themselves. He jokingly calls himself the Jack of all trades, but the master of none. Raised in a frugal environment, he was practicing the craft before it was called frugal. Although considered poor, he was rich with love. His meager upbringing has led him to where he is today.  A modest man from modest means. He wants to share his experiences of frugality, in hopes that it helps you deal with a temporary setback. 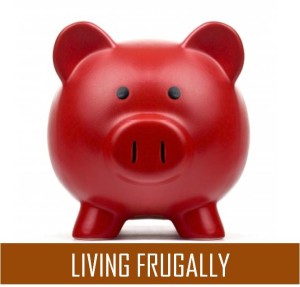 Hi, I am Michael and I look forward to interacting with readers here at RetirementSavvy. I have heard many reasons why Millennials are living with their parents longer. Apparently, I am not the only one trying to understand this trend. I have heard reasons from Millennials are lazy to they are entitled. On the surface, many of these reasons make sense to people trying to offer opinions rather than seek a solution to a cultural change. I looked deeper into this paradigm shift and what I came up with might surprise even the most opinionated critic.

A Pew Research Center study revealed that 36% of women and 43% of men lived at home in 1940. Those figures are mostly the result of the Great Depression.

The numbers began to decrease as most youth sought independence.  By 1960, the number of youth staying at home decreased to 24% – men and women. The number has been increasing ever since. The economy suffered a recession in 2008. In 2014, the number of women staying at home eclipsed the 1940 stats. Men showed the highest increase with 43% of them staying with their parents longer. That number is the second highest since 1940. As I stated earlier, I see it differently, however I must address the prevailing opinions of people who are quick to judge.

A young person who plays video games all day does not make it easy to dispute this claim. However, a closer inspection reveals a person tired of hearing “No.” Jobs are not as plentiful as when I was growing up. Let me remind you of the time when graduates could pick from the industry of their choice. Some companies offered incentives to new graduates in return for agreeing to work for the them.

I am going to keep it real. Most young people have not grown up “living frugally” like many adults. Some parents raise their children according to the notion that the next generation should do better than the last. While this thought pattern offers hope, it also creates a false sense of dependency. I hear some of you disagreeing. If you earned something you will treat it with care, however if it was given to you, it will be devalued.

I will give you one example. Everyone has rented a car. Most people do not want to wreck a rental car; however, if it does happen, they are glad it was not their car. The next time you see an unemployed millennial do not be so quick to judge.

My last point is that it is not easy being unemployed. It is not easy being a Millennial especially when the public adopts misconceptions about your right to exist. I hope I have at least given you something to think about. It is not easy trying to change opinions, so that is not my goal. I must admit that this does not apply to all Millennials, but no one deserves to be “black-balled.”

My only goal was to help you gain a better understanding. Until next time, stay frugal.