Brief: Moving On Up (2013). Contrary to what you may have initially thought, this report is not about George and Louise Jefferson. Instead, this report from the Pew Charitable Trusts considers the question, “Why Do Some Americans Leave the Bottom of the Economic Ladder, but Not 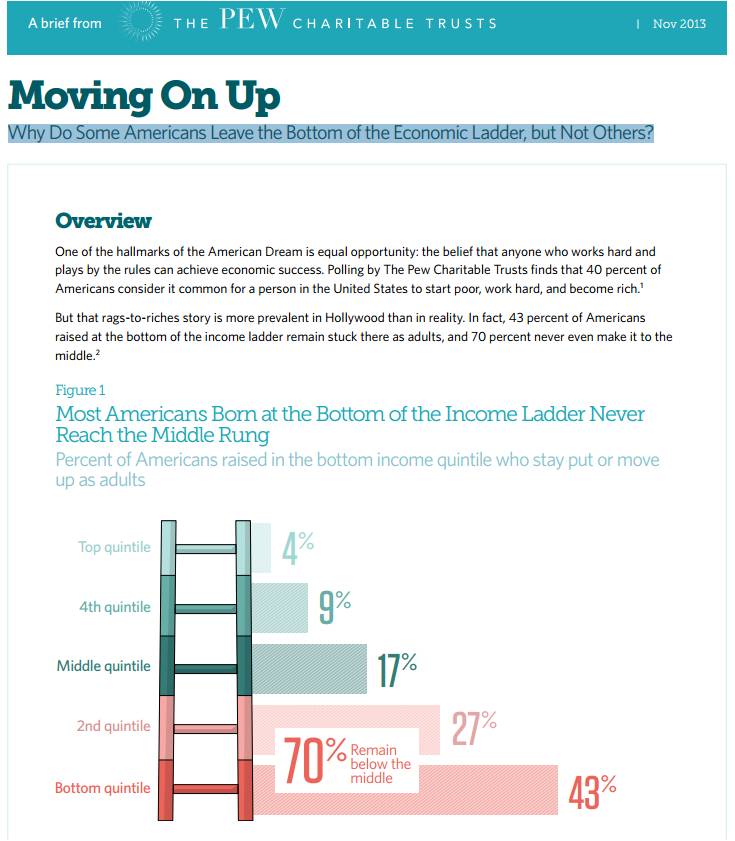 It observes that one of the hallmarks of the American Dream is equal opportunity: the belief that anyone who works hard and plays by the rules can achieve economic success. Many Americans believe that it is common for a person in the United States to start poor, work hard, and become rich. However, what if the reality is different? What if the rags-to-riches story most of us are familiar with is more fiction than fact?

The brief takes a look at key mobility factors such as demographics, human capital, financial capital and wealth. An interesting read that certainly provides food for thought.

A .pdf format of the brief is available at PewStates.org

Documentary: Inequality For All (2013). This documentary follows Robert Reich, a former U.S. Labor Secretary under President Bill Clinton, as he looks to raise awareness of the country’s widening economic gap. Mr. Reich notes that we are currently in the biggest economic slump since the Great Depression. He opines that a significant factor for this current economic state is because – just like the 1920s – so much of the nation’s income and wealth are going to the top and the shrinking middle class does not have the purchasing power to keep the economy going. 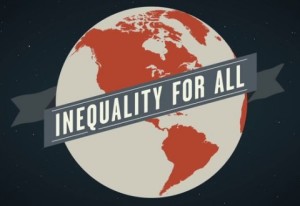 Importantly, he notes that Americans are stressed, angry, and frustrated. Those that have jobs are working harder, working longer, and suffering under the weight of debt obligations. Mr. Reich observes that we need to take a step back and understand the big picture. Until then, we can’t do anything to get ourselves out of this mess.

I streamed the documentary via iTunes. It is also available for streaming at Vudu and Amazon. Also, you may be interested in visiting the film’s website. 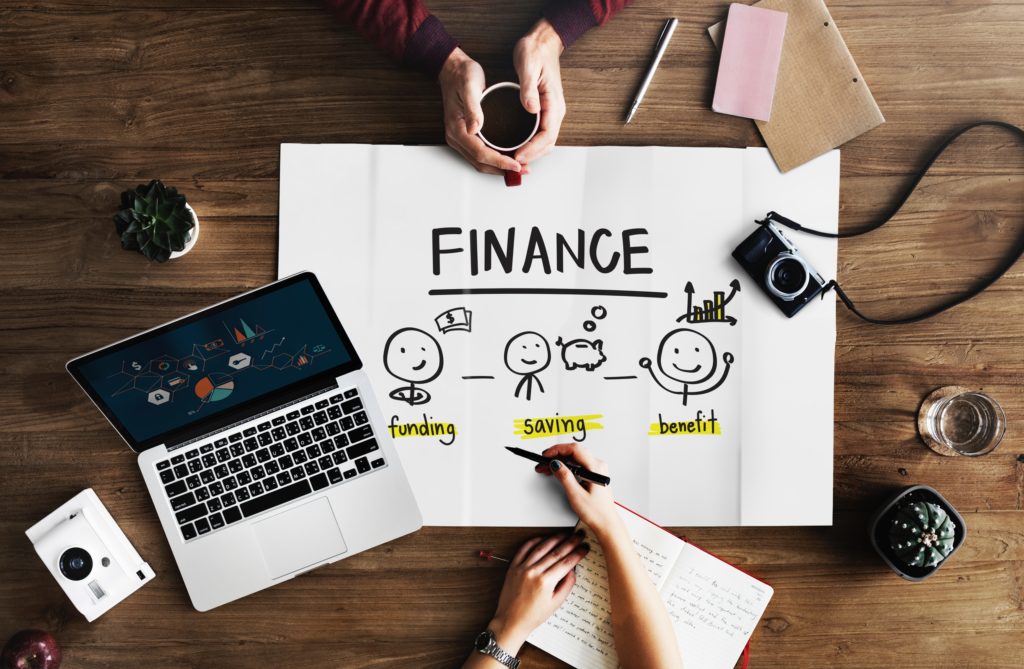