Documentary: The Flaw (2011).  This documentary by David Sington takes a look at the recession and financial collapse of 2008, offering opinions of the causes through interviews with noted homeowners, economists, financial reporters, and Wall Street bankers.  While some critics believe it does not give a fair accounting of all the causes and the forces behind those causes – I will let you be the judge of that – it serves as another look at the recent financial crisis and serves as one more tool that SavvyInvestors can use to plot their own course. 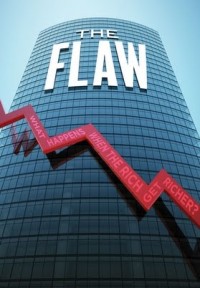 Available for streaming on Netflix, Hulu, Hulu Plus, iTunes, Vudu, Amazon, and YouTube.

Documentary: Inside Job (2010).  Narrated by Matt Damon, this 2010 Academy Award winner for Best Documentary Feature looks at the deep-rooted corruption that left millions of middle-class Americans jobless and homeless while major corporations got bailed out while paying millions in bonuses.  Split into five parts (how we got here, the bubble, the crisis, accountability, and where we are now), director Charles Ferguson speaks at length with journalists, politicians, and financial insiders in order to offer a picture of the economic crisis that hit America starting in 2008. 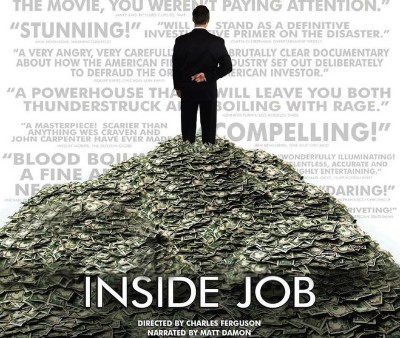 Available for streaming on iTunes, Vudu, Amazon, and YouTube.