Documentary: We All Fall Down: The American Mortgage Crisis (2009).  Have you heard the terms Collateralized Debt Obligation (CDO), mortgage-backed bonds, securitization or tranche and wondered what they refer to or what they mean? Do you know how America found itself in the middle of a housing crisis in 2008 and the contributing factors? 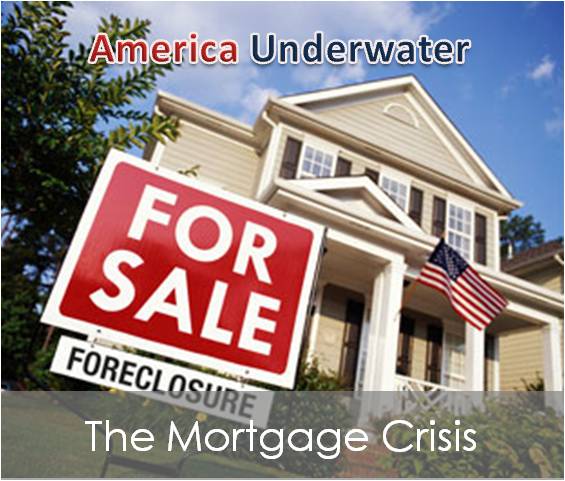 This informative documentary chronicles the history of America’s mortgage finance system, from its origins in the 1930s, when the federal government first made available long-term, fixed-rate loans to new American homeowners, to the crisis that exploded in 2008, after an excess of risky mortgage financing led to the system’s collapse, which in turn triggered the wider economic recession.

Filmed over the course of a year in locations such as New York, Ohio, Washington and California, this documentary features interviews with a wide variety of industry experts and Wall Street insiders-including mortgage brokers, appraisers, bankers, lawyers, analysts, sellers and buyers, and economics scholars as well as average American families.

These families are representative of the millions of Americans who have been devastated as loan defaults and evictions spread from the poor to middle-class sectors of the greater populace. In its wake, this crisis left millions of abandoned and disintegrating properties in neighborhoods and cities throughout the United States.

Besides the obvious, the role greed played in the crisis, there were a couple of other takeaways for me, two reminders of beliefs I have held for quite a while. First, home ownership is not for everyone. Not all families can afford a home and home ownership is not really the embodiment of the American dream. Second, for those that do own a home, it is better viewed as the liability that it is and not as an asset, and certainly not as the centerpiece of a retirement portfolio.

Available for streaming from SnagFilms.