I know several very short-sighted people.  They live for the moment, they don’t plan far into the future and as a result, they are always running low on time, money, and freedom.  Their time is always short because they constantly squander it.  A daily planner is almost a foreign tool in their minds.  They refuse to set alarms with the tools at their disposal (e.g. smartphones) to remind them of important events.  The result is a negative impact on their time, which impacts their freedom. These individuals have no time to relax because they don’t take the time to prepare. In other words, they failed to “begin with the end in mind.”

Similarly, the short-sighted person is always low on money, simply spending for today.  Conversely, the frugally-minded individual is, more often than not, a future-focused individual. They know that events outside of their control can happen at any time.  Perhaps there is a natural disaster or they have a child that ends up in the hospital emergency room.

If I were asked what I consider to be the most important reason for living frugally, it would be the uncertain future. It constantly amazes me that so many people buy expensive engagement rings, get married, get a big house, luxury car, and a timeshare right out the gate on their journey together.  This is the definition of a lack of future-focus. A frugal couple will have a financial plan together before the wedding. This plan will include a house that fits their needs with a bit of room for expansion in case there are suddenly twins on the scene. This financial plan will also include an emergency fund of at least six months, and a plan to create a credit cushion on their accounts. It’s much smarter to be AHEAD on your bills than just being caught up. 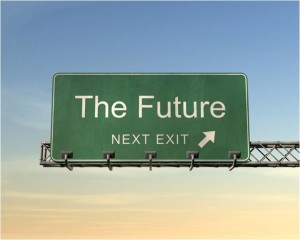 Why are these things important?

Because, when tragedy strikes, the frugal individual will be better positioned to write a check or use their debit card to deal with the situation quickly, steady themselves for the next unknown occurrence, and prepare to move onto the most important things, like spending time with family.

Imagine this.  Your rent is paid up three months in advance, so is your cell phone bill, and your car note.  You have also paid off your credit card, but you have also sent in an additional $200 dollar payment anyway, creating a credit.  In this situation, you have prepared for the future.  So now, in the event of an emergency – such as when little Suzy ends up in the hospital for two months – you have the ability to forgo rent for awhile, pay for added fuel for driving back and forth to the hospital, and maybe a babysitter for the younger kids while mom and dad visit big sister.

A frugal spender looks for deals, browses the clearance racks, loves garage sales, and often shops at thrift stores or pawn shops.  They do these things not because they are cheap, but because with the money they save, they can plan and pay ahead on many bills in order to prepare themselves for unforeseen circumstances or the occasional emergency.

As you consider your future and develop your financial plans, don’t forget to “begin with the end in mind.”