As I have often noted, education is a key, if not THE key to achieving financial freedom; and the earlier someone begins the process of learning about various personal finance concepts, practices and philosophies, the better. Over the last couple of years I have identified two sources for teaching kids about money.

There is Money As You Grow.  This web site was born as an initiative from the President’s Advisory Council on Financial Capability (PACFC), which was created by Executive Order 13530, signed by President Barack Obama on January 29, 2010.

Its charter is to advise the President on promoting and enhancing financial literacy and capability among the American people. Moreover, one of the key objectives of the PACFC is to find ways to improve the financial capability of young Americans.

To that end, the site highlights “20 Things Kids Need to Know to Live Financially Smart Lives” and supports those ideas with activities spread across five age groups.

Another website that has been identified is The Secret Millionaires Club. As noted on the site,  it is an animated series that features Warren Buffett as a mentor to a group of entrepreneurial kids whose adventures lead them to encounter financial and business problems to solve. The program teaches the basic of good financial decision-making and some of the basic lessons of starting a business. The animated series has 26 online short webisodes and TV specials featured on the HUB cable network. 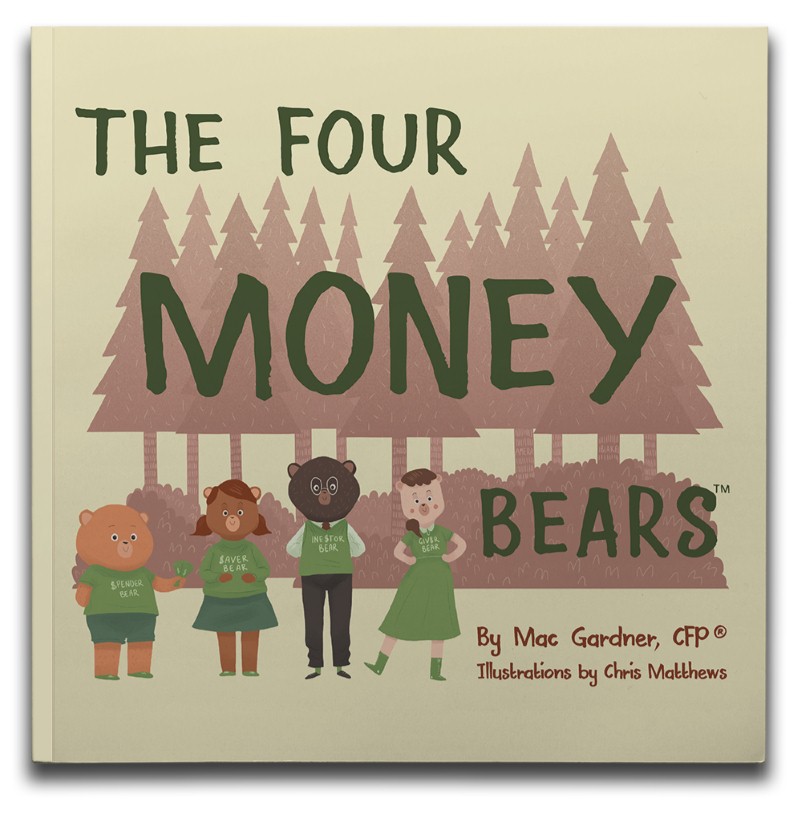 Today I offer a third source, The Four Money Bears book. Mac Gardner, a Certified Financial Planner (CFP), offers his take on teaching kids about money. Having received a few copies from the author, I can tell you this book is a great tool for parents and grandparents looking to teach their kids about money and building their knowledge of personal finance.

As noted on the website for The Four Money Bears, the bears teach kids the four basic functions of money. Readers are encouraged to join Spender Bear, Saver Bear, Investor Bear, and Giver Bear as they teach us ways to use money. When they work together they learn to build a budget and teach each other how to better manage their money today and for the future.

I will be giving away copies of the book to two readers. If you have children or grandchildren and would like to add this book to your education toolbox, simply leave a comment.