I was recently approached by a cousin in her mid-40s who inquired about investing. Unfortunately, due to a number of reasons, she had not built a fiscal foundation earlier in her life. Like far too many Americans, she has basically lived paycheck to paycheck. As she drifts ever closer to retirement – or at least the traditional retirement age – she wanted to know if it was too late to start investing.

As I noted in a recent post, it is never too late to start investing. Considering she is starting later than desired and it is unlikely she will ever be in a position to maximize contributions to retirement accounts, I suggested that while she would likely never achieve millionaire status, she certainly had enough time to build a nest-egg large enough to support a comfortable retirement.

If it is not too late for her to start investing, the question then becomes, what guidance did I give to her and what guidance would I give to any person getting started in their mid to late-40s?

Using the KISS principle, I believe there are four basic actions someone in this position should focus on. The first is to minimize expenses and get debt under control. Debt – discussed here and here – is the killer of achieving fiscal fitness and securing a retirement. Fortunately, debt is not an issue for my cousin. If debt is an issue, get it under control!

The great thing is that individuals can create their own account, online, with companies like Fidelity in 15 minutes. And even though you may not have $2,500 to purchase the first mutual fund (the normal minimal initial contribution), you can always set up automatic monthly contributions (the last time I looked, Fidelity requires $100 minimum for use of this feature) which are deposited into a money market account. If $100/month is too much, you can always just manually transfer one time contributions (e.g. $20, $25, $35). Once that $2,500 is reached, the first fund can be purchased. Of course, after that, smaller amounts can be used to buy new shares.

That is exactly what my cousin has done, opening the account with $100 and the last time we spoke, she proudly proclaimed she has since made two more $50 contributions. 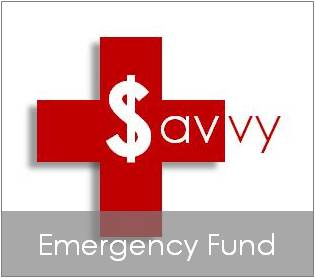 The third action, which can actually be done concurrently with starting contributions to a retirement account, is to open a savings account. The savings account is used as an emergency fund, an account that is used only in the event of an emergency, to fill critical financial gaps, or meet unexpected expenses. It is immediate access to cash that allows you to take care of unforeseen circumstances without impacting the money you will be committing to investing.

The final action is to create a ‘my’ Social Security account and download a benefits statement. It makes sense, it’s very savvy, to understand what can be expected with respect to the Social Security pension. With these four action executed, it is now simply a matter of staying disciplined, growing [then maintaining] the emergency fund, and making consistent – hopefully continually increasing – contributions to the retirement plan.

If someone starts investing in their mid to late-40s, it isn’t too late to build a solid nest-egg. By starting with these four simple actions, it is possible to experience financial security later in life.

Do you know, or are you, someone who started later? What approach do you recommend to someone who is within 20 years of the traditional retirement age?